Tula Telfair paints monumental landscapes and epic-scale vistas that are simultaneously awe-inspiring and intimate. She combines stillness with motion, solitude with universality and definition with suggestion in her bold and quiet works. An extension of the progression of landscape from the backdrops of the Renaissance through the travelogues of the nineteenth century and beyond, Telfair's paintings are fully contemporary in their inspiration and execution. They demonstrate the spirit and potency of the genre adapted to a new century. Each painting calls attention to the power and fragility of the environment. Her work has been described as a meditation on the field itself, fueled by memories of her experiences living on four continents. Telfair shares with us her private vision of the beauty and majesty of the natural world. More than a single moment in time, each scene is a continuum that develops a narrative of past, present and future, indicative of nature itself. (From the Exhibition A World of Dreams)

She is a Professor of Art in the Department of Art and Art History at Wesleyan University in Middletown, Connecticut. She lives and works in New York City and Lyme, Connecticut. Born in Bronxville, NY in 1961, she grew up in Africa, Asia and Europe before settling in the United States. She received her BFA as a W.W. Smith foundation Fellow from Moore College of Art in 1984, and earned an MFA in 1986 as a Graduate Fellow from Syracuse University. She has work in public collections around the world, and has shown extensively in one-person and group exhibitions in the United States and abroad. She is represented by Forum Gallery in New York City and Los Angeles. 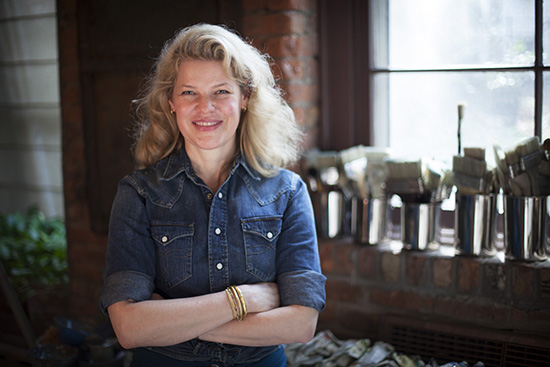